Short selling and long buying are terms used in stock trading. They were in the news not least because of the so-called «short squeeze» at the beginning of the year in connection with the Gamestop share. The film The Big Short is also dedicated to this topic: A hedge fund manager who saw the financial crisis coming in 2007 and therefore made an enormous profit with short positions.

What is short selling?

Short selling, shorting, opening a short position, or going short all mean the same thing. You sell an asset that you don’t own and you insure that you will buy back this loaned asset at some point in the future. In other words, you are betting that the price will drop in the future.

Compared to long positions, going short is used more in bearish times. Namely, when the prospects of large price increases are pessimistic.

What does «betting» mean in the context of short selling?

With a short sell bet, you explicitly sell an asset that you do not own yourself. This can be a certain number of shares or a fraction of a cryptocurrency.

In the examples described above, this means that you would sell $1,000 worth of Bitcoin and then buy back the same quantity after three months.

Since you never owned the Bitcoin but only borrowed it, you also do not own it after the buyback. You have to «give it back» again. In the event of the Gamestop shares short sale from the beginning of the year, the big hedge funds had shorted more shares than even existed. Many shares were thus borrowed and sold several times 🤯.

Risks when betting on a falling price

If you buy a share hoping that the price will rise, then your risk is limited and your profit theoretically unlimited. The worst thing that could happen would be if the company goes bankrupt and the stock has no value anymore. Because the share cannot fall below 0, right?

Let’s have a look at the example of Bitcoin again: You buy 1 BTC for $10,000 on January 1. After a brief rise, the cryptocurrency is unexpectedly banned and the price crashes in the following months. Since you believe in a recovery, you don’t sell. Unfortunately, your hope doesn’t come true and Bitcoin isn’t worth a dime on May 15. Your loss: $10,000.

In contrast, with short selling, the possible profit is limited, but the potential loss is unlimited. If you had gone short in the above example instead of buying BTC, you would have made a profit of 100%. However, betting on the wrong price direction can also be a disaster.

The example above shows the risk somewhat dramatically and of course such a loss of an investment would only be possible if a corresponding collateral was deposited on the trading platform. But the message is clear: Manage your risks!

Short selling and its bad reputation

The number of short positions can be viewed publicly. Consequently, one can check at any time how many shares of a company have been shorted. If this is a huge number, investors become skeptical. This often leads them to sell their holdings as a precaution instead of missing out on a price drop.

For example, the number of currently shorted Gamestop shares can be seen on marketbeat.com. As of today (10/18/21), this is 7,820,000 shares. Of course, this is nothing compared to the beginning of the year, when about 140% of all Gamestop shares were being shorted.

When a company gets into trouble, the hyenas of Wall Street awaken: The hedge funds. They give the ailing companies the death blow by shorting huge amounts of shares. More investors then sell their holdings out of fear, causing the share price to plummet.

The hedge funds are well aware that they are destroying a company in the process. But the certain profit from short selling is too tempting. Well, the almost certain profit, as could be seen in the example of the Gamestop share.

The great Gamestop short squeeze of 2021

As mentioned above, various hedge funds invested in the downfall of the Gamestop stock. Consequently, large amounts of short positions were open, which were to be fulfilled at the end of January 2021.

A Reddit user had been documenting his investments, gains and losses with the Gamestop stock on the forum since 2019. As the short positions of the hedge funds are publicly visible, the private investor became aware of it and increasingly wrote about it on Reddit. A mob evolved, which bought so many shares that the price rose to $340 in the meantime. On January 29, the hedge funds’ loss amounted to 19 billion U.S. dollars.

When all the action was going on, I was browsing the Wallstreetbets forum on Reddit and I was intrigued. In particular, an open letter from user ssauronn, who was affected by the 2007/2008 financial crisis, had me hooked: An Open Letter to Melvin Capital, CNBC, Boomers, and WSB

The person was clearly serious and willing to take a very big risk.

I bought shares a few days ago. I dumped my savings into GME, paid my rent for this month with my credit card, and dumped my rent money into more GME. And I’m holding.

What are long positions?

In contrast to short selling, investors open long positions especially in optimistic times. If an investor goes «long» with a stock, he expects the stock to rise. Basically, this is already the case when an asset is bought to sell it again in the distant future.

However, investors usually use the term to refer buying a call option. In doing so, the investor secures the option to buy an asset at a previously agreed price in the future. Since the investor is optimistic, he expects the price to be higher than his purchase price. Of course, the option to decide to buy at a later time comes at a cost.

Some may ask, why not just buy the asset if its price will rise in the future? Long positions with call options are more about reducing risks. Let’s take a look at the following two illustrations.

For example, if one buys 100 shares of $50 each, then each increase of $1 in price means a profit of an additional $100. But the same applies also in terms of loss, where 100% or in this example $5,000 loss could be realistic. With the use of call options the risks look a bit different.

Since in the example above the option costs $3 per share, a maximum loss of $300 can be expected, provided that the share price does not exceed the $53 mark by the expiration date of the contract. Compared to a normal buy in the spot market, the investor only realizes a profit from a price of $53 and not already from $50. In return, the risk of loss is strongly limited.

Long put option as an alternative to short selling

When speaking of long buying, one usually speaks about call options. However, put options are also considered long positions. Like short selling, they are used more often in the bear market. In contrast to call options, two parties agree on a price at which one party is entitled to sell the asset. The seller therefore expects a lower value at the time of sale than the sales price agreed upon.

Long positions with call option have not found any use with me, since I do not approach speculations yet. Instead I go long by just buying in the spot market and holding the asset to sell at a later date.

Short selling, on the other hand, is a powerful trading method that can be used for arbitrage trading on cryptocurrency platforms. This gives you a chance to earn a high return with low risk (yes, that’s possible! 💸💸💸). You can find a simple explanation with practical instructions here: Contango: Your Chance for a Low-Risk Profit 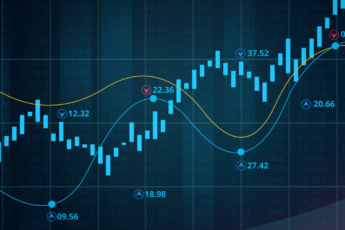 « Previous post
Futures contracts for dummies – a simple explanation
Next post »
Strong Passwords for All Accounts – No More Excuses! 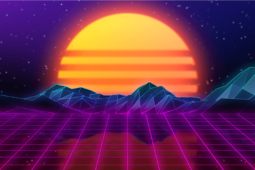 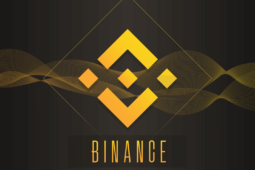 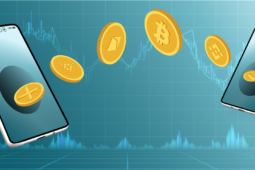